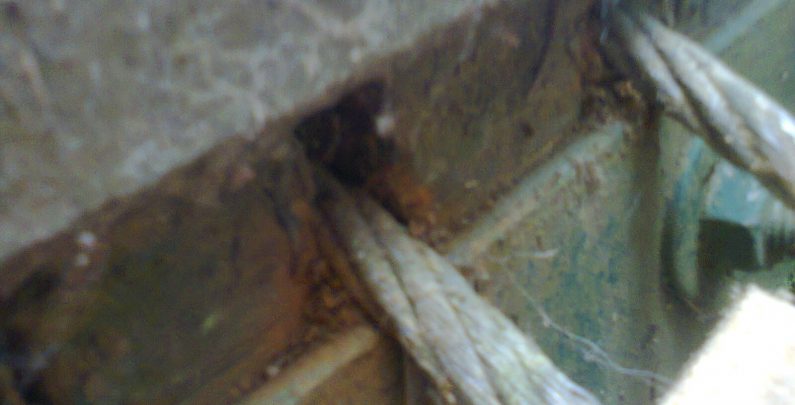 During a recent routine inspection of the bridge, a major defect was discovered which required urgent attention.  Although not immediately necessary to take the bridge out of action, a repair was needed.  One of the main suspension cables was noted as almost touching the steel structure of the West pier which left untouched would have caused the wire to wear, eventually causing the wire to part and the bridge to collapse.  With this knowledge, the area will be inspected more regularly. to ensure emergency repair is not necessary and can be planned to coincide with better weather. 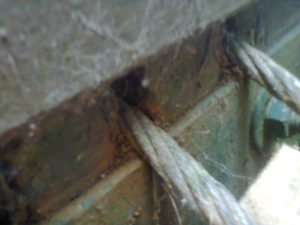 The job was not simple, as the full weight of the bridge had to be lifted clear of the worn wooden sacrificial wear piece.  Several ideas were voiced on the best method to achieve this, finally the use of Acrow props was the method chosen which proved to be very 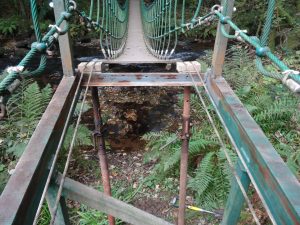 successful.  Prior to lifting the wires, there was a lot of preparatory work, and as sections of the walkway had to be removed, the bridge was closed for three days.

The original sacrificial wear piece was softwood, this has been replaced using oak, a much harder wood but not so hard as to cause damage to the wires.  Here it is seen coated lavishly with a special thixotropic grease, much used in North Sea oil business. 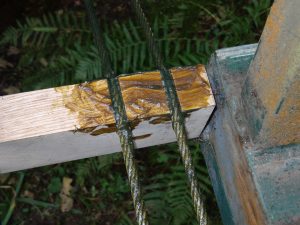