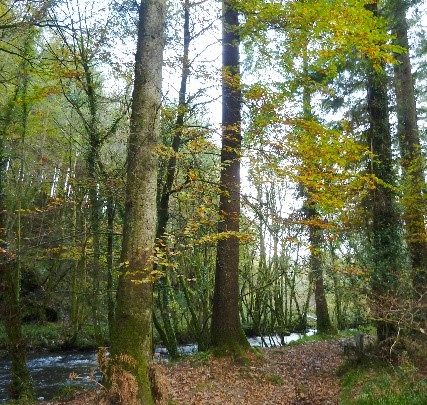 We have received some very helpful advice recently in the form of a new publication from the Forestry Commission, which is a practical guide as to what we should do today, rather than trying to be too specific about what might or might not happen in the future.

In the far south of England, the current range of broadleaf tree species will remain suitable for forestry for the foreseeable future, but trees planted in 2020 are likely to find conditions will have changed significantly by the time they reach maturity in 70 or 80 years time. Drier sites are likely to become drier during hot summers, while wet sites will become inundated more frequently with winter rain which will also erode soil. Storm damage will be more frequent. New pests and diseases will continue to cause catastrophic damage more frequently. Summer fires will be more widespread. 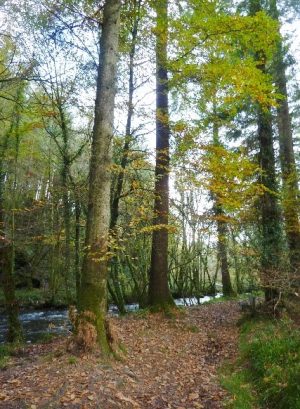 The Forestry Commission are principally concerned about the risks to even aged plantations which have very limited genetic variation and age structure. These features make plantations particularly susceptible to damage from climate change but even ancient woodlands with many different species and ages, such as Stara, are still at risk. Warmer and wetter winters are likely to favour beech over oak. Winter gales will favour birch which can colonise areas of wind damage. The rich moss and lichen flora at Stara will probably reduce over time along with the ground flora due to warmer summer weather. All of these changes will reduce overall diversity of the woodland.

The problem for our wildlife is that the projected rate of climate change we are facing is unprecedented, and that the natural selection processes will not be able to keep pace with environmental change. As a consequence,  management interventions may need to be more frequent to enable more natural regeneration, or even to introduce trees and shrubs which are already adapted to warmer climatic conditions.

Introducing new genetic material to semi-natural habitats is controversial as the long-term effects on wildlife are impossible to predict. It is suggested that we should widen the genetic range of the trees which are currently being planted and consider obtaining trees which originate between 2 and 5 degrees latitude south of Devon and Cornwall. This would require obtaining seed from as far south as central France although using a range of provenance sources is recommended. Normally one would want to be cautious and see how research trials perform for a few years before deciding to make such a change, but we don’t appear to have the luxury of being able to wait. Most climate monitoring observations seem to show that changes are occurring even more rapidly than predicted.

At Stara we are committed to preserving wildlife and biodiversity as much as we can. We hope we can achieve this without having to introduce trees from France, but this decision could reduce the quality of timber produced in the future which may have adverse economic consequences in the long term. One more problem for our great grandchildren to sort but at least they will be able to appreciate the same wildlife which we see today. A gift indeed.